Farmers & Merchants State Bank began in 1897 when AJ Roach and Fred A. Seeber formed their own private bank, called Roach and Seeber Bank. Originally located on Monroe Street in Waterloo, Mr. Roach served as the bank’s first president while Mr. Seeber served as the cashier, overseeing a capital stock of $2,000.

The bank expanded its operations to Marshall on February 7, 1937 when it opened a branch office in the Lindsey Building. Open just three hours a day, the Marshall bank shared the space with John Lindsey’s general merchandise store, Art Schleisner and Walter Kim’s grocery store.

Both banks expanded to their current locations in the 1950s.  The Marshall office expanded into a new building at 218 West Main Street in 1954, while the Waterloo office moved into a newly-constructed building at 210 West Madison Street in 1958 under president O.M. Boock. Both offices have had several remodels over the years, and the Marshall office currently serves as the town’s Visitor Center.

Farmers & Merchants State Bank celebrated its 100th anniversary in 1997 with a commemorative newsletter that featured old photographs of the bank and staff. There have been many service enhancements, new products and technology updates over the years to ensure our customers are receiving the best and most up-to-date banking services.

In May 2021, President William (Bill) Campbell was pleased to announce on behalf of the board that the bank was expanding into the Lake Mills market. The property on the corner of County Roads V & B would provide space for building the new full service bank.

Being environmentally responsible, the house located at the site of the new bank was moved to its new destination in rural Jefferson County on September 23, 2021. The tentative opening of the Lake Mills bank is late 2022.

A new tag line "125 years of legendary service" was created to commemorate the achievements made possible by our staff. Because of their banking knowledge, commitment and LEGENDARY SERVICE, Farmers & Merchants State Bank has survived and succeeded.

We included legendary in our celebration of 125 years because it was the perfect way to introduce our new bank in Legendary Lake Mills.

In 2022, the bank again was awarded a 5-Star rating from BauerFinancial, Inc., the Nation's Premier Bank Rating firm. This is the highest rating for financial strength and stability and indicates that F & M excels in areas of capital adequacy, profitability, asset quality and much more.

Farmers & Merchants State Bank currently employs 35 staff members and banking officers, many of whom live in or around the communities we serve. William (Bill) Campbell has served as the bank’s president since 2006. 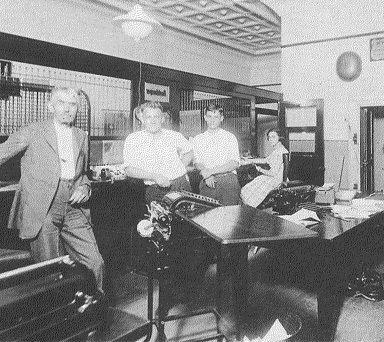